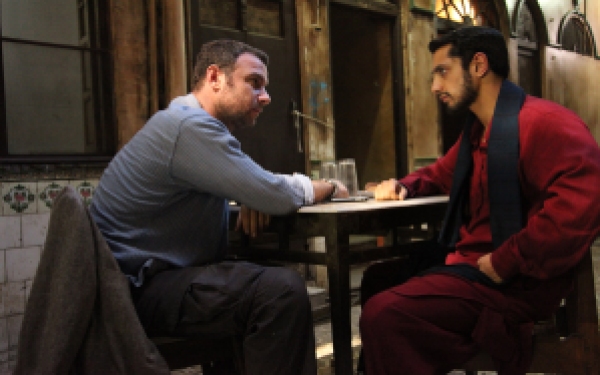 So recently I’ve been watching some more unusual films. Films that weren’t necessarily on at the cinema, or you might not stumble across on mainstream TV. This is one of the great things about streaming services, there are always lots to chose from, and lots you haven’t seen. I’ve been a bit lazy with posting recently, and its not for a lack of watching stuff, but just having the time to get round to sharing it with you all. So I’m going to try and promise to share some things that I think you should watch that aren’t always mainstream.

I stumbled across The Reluctant Fundamentalist on Netflix and my housemate suggested we watch it. Now I wasn’t sure i was in the mood for it, this, after all, is all Netflix had to say about it: The American Dream was in sight, but prejudice threatened to take it away. Now his loyalty is tested.

I of course went to IMDB for more detail and was met by this synopsis:A young Pakistani man is chasing corporate success on Wall Street. He finds himself embroiled in a conflict between his American Dream, a hostage crisis, and the enduring call of his family’s homeland.

Slightly more detail, but still not enough. I could see that it was staring Liev Schreiber, Kiefer Sutherland and Kate Hudson so thought it was worth a shout. And boy was it worth it. This film takes a brave look at the 9/11 attack on America, and how a young Pakistani man, who is a successful young business man is treated and judged for the way he looks in America. He was once a fan of America, but starts to question if his dream is still the American one after the way he is treated.

The film, which was released in 2012 and flashes back to 2001 to the present date, where we are constantly questioning how did this sweet innocent young man become the man he is today. But not only that, but has he himself now become a terrorist? Is he involved in a hostage situation that is going on and is it too late to save him?

This is a great drama that keeps you guessing and judging yourself, but also understanding from his perspective how he might change his values and opinions. The star of the film is British actor Riz Ahmed, who really playd the young Changez through to the present day Changez so well, you really believe that what he went through has impacted his character. I don’t want to give away the result of this film as I really think it is worth a watch, but I promise it will keep you gripped until the end.