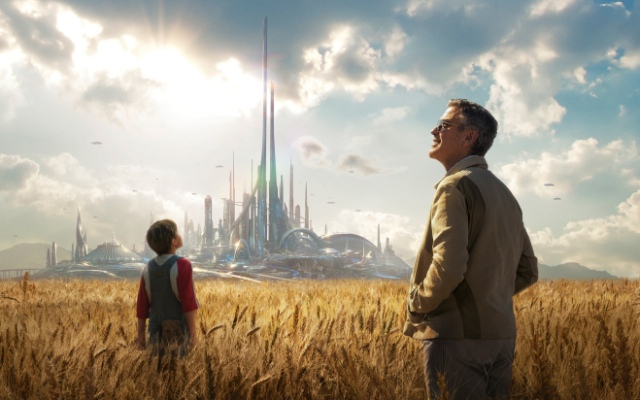 I’m sorry folks. But perhaps it was built up far too much. Perhaps being secretive about what the film was about, or the fact that it was starring George Clooney, meant I had high hopes for the film. But for me, it wasn’t as good as what I expected…although I wasn’t exactly sure what I was expecting.

It started off well, keeping me wondering what was going on, what was Tomorrowland, how was it created and where was it. But, after what felt like two hours in, and I felt like I was still being strung along on this story and I was waiting for all the action to happen. Yes, there was some exciting moments when Casey Newton (Britt Robertson, Under the Dome) and Frank Walker (George Clooney, Gravity) met and were being chase. But that was pretty much it. You see all of that in the trailer.

When we get into the last half an hour of the film and suddenly, all becomes clear on Tomorrowland and what the problem is that our heroes must face. With less than half an hour to go I realised that there wasn’t much time for the big action to take place, and low and behold, it was all completed in a mere 20 minutes.

I don’t know if this film was setting the scene for a series of movies, but I have a feeling based on this that a sequel won’t happen.

But, my negatively aside, which is mainly down to the plot of the film, the film is visually stunning and is worth watching just for that. I may give the film a second watch to see if it improves with age.

Have you seen Tomorrowland? If so, what did you think of it?