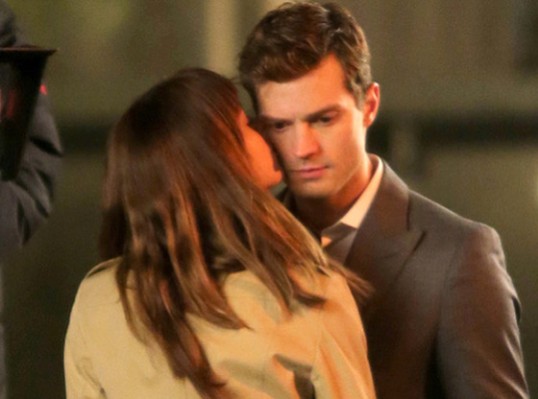 There are many mixed reviews about Fifty Shades of Grey, but I decided not to read them and make my own mind up. Whilst everyone commented on ‘all the sex’ in the books, I was more interested in Christian Grey himself and his relationship with not just Ana, but those around him. Why was he into S&M, what happened to him as a young child, why was he adopted, what happened to him as a teenager, why did he get involved with an older woman at 15, how did she help him, why does he seem cold to his mother Mrs Grey and why does he dominate brunettes but have blondes work for him? Beyond the bad writing, and the many, many sex scenes, these questions (plus a million other) are what had me gripped with the books. Whilst the film focused on their relationship, it did touch on some of these questions, but I know the rest will come in the next two films. His confession of what happened to him as a child in the film is different to the books, and I think it shows the vulnerable side to Mr Grey that he does everything in his power to hide. It shows that he is someone that has a heart, that cares, but is scared of his past and of getting hurt.

It might not be a love story, because let’s face it he isn’t capable of love just yet, but it is a really interesting portrayal of a man that likes power and how his way of life is challenged when he meets Anastasia. Dakota Johnson is brilliant as Ana, she plays the shy, quiet virgin so well, but also brings some great humour to the role, in particular the bar scene when she is drunk. Her lip biting wasn’t that great, I didn’t like hearing about it on every other page in the book and think that once, maybe twice in the film would have been enough – and don’t put a pencil with a rubber on the end in your mouth, no one does that and it looked fake and uncomfortable.

Jamie was hot, hot, hot. He did not have an American accent, maybe every 10th word had an American twang, but other than that is was pretty much his Belfast accent. But, who cares, it’s Jamie in a film taking his shirt off. Considering this film’s main audience is women I’m surprised that there is more naked Ana than Christian in the film, something my friends were commenting on after the film.

Those that thought they were going to see the multiple sex scenes on the big screen will be disappointed, this film builds up to it, but there’s no climax, and I think that was a wise decision. I didn’t want to get distracted by that, I wanted to enjoy the story of the film, their relationship and seeing Christian Grey melt into a caring, romantic man.

I’m not going to say go and see this film, as you’ll probably disagree with my recommendations on why you should see it. This film is clearly a Marmite kind of film, either you will love it or you will like it, but if you go in with low expectations like I did then I think you will be pleasantly surprised.

A tad cheesy in places, mostly where they have stuck to the book. But still love this dark love story