I’ve been asked by Currys PC World to think about my favourite book, film or TV show that I have watched or read in 2014. This got me thinking, there have been so many things I have enjoyed this year. Here are some of my highlights, leading to my favourite of the year.

So that leads me on to my highlight of the year. I’ve thought about this a lot. There is a lot I have talked about, The Fall is a weekly topic, but only while it has been on air. There is one film however that has been at the forefront of my mind and conversation throughout 2014 so it had to be my choice. 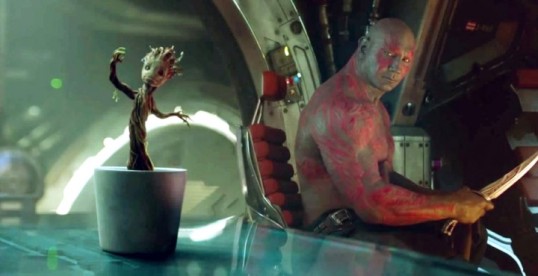 It is of course, Guardians of the Galaxy. Firstly, I was excited from the trailer and I had no idea what the story actually was about. Then I was invited to a 17 minute preview of the film. Ok, this looked epic. Then I got to go to a preview of the film – amazing. Hello baby dancing Groot! I have been checking if a toy version existed, found out it was being made, apparently ready for Christmas and have been waiting ever since. And then there is that soundtrack. Since the film’s release I have listened to at least one song off that soundtrack on shuffle on my iPhone every day.

So there you have it, an obvious choice in my eyes. But what have you enjoyed the most this year?

I have not been paid by Currys PC World to write this post, nor to write about any of these shows/films or book in particular. All thoughts are my own.